I decided to make soft pretzels for my grain school hands on learning. I chose to make the same recipe twice using two different types of flour. The first was whole wheat flour and the second was spelt flour. I began by weighing out 12.5 ounces of flour to which I added ½ tsp of salt and 1 tsp of sugar. In another bowl I mixed 1 cup of warm water and 1 packet of instant yeast. Once the yeast had a chance to bloom, I added the wet ingredients into the dry and mixed. For the spelt flour, I added about a 1 TBS of garam masala and 1 TBS of yellow curry powder to the mixture as well. I don’t have a stand mixer, so I kneaded the doughs by hand for about 10 minutes. They were tacky to the touch, with the spelt dough being slightly stickier. Then they were placed in bags and left to rise for about 30 minutes in a warm area. Then, I took the doughs out and kneaded them into rounds. I cut each round into 8 triangles and rolled them out into long strands. I then made my best effort at making the famous soft-pretzel shape and did…not so bad for my first try!

These were then left to rise for 10 more minutes while I prepared a baking soda and water bath by boiling some water and adding about 1/3 cup of baking soda to it. I par boiled each soft pretzel for about 30 seconds total and sprinkled them with salt as soon as they came out. They were then baked in a 450-degree oven on heavily oiled baking sheets for 9 minutes. When I pulled them out, I added butter and salt to ½ of the whole wheat flour pretzels and butter and a cinnamon/sugar mix to the other half. For the spelt flour pretzels, I painted on garlic infused oil and sprinkled chopped cilantro on top! The cinnamon/sugar pretzels seemed to be the fan favorite; however, I cooked up some Channa Masala for dinner that night and served the spelt dough pretzels on the side instead of naan and everyone really seemed to love it! The next time I bake these, I think I would add more of the spices to the dough, because it was a very muted flavor and I do believe for the purposes of soft pretzels, the whole wheat flour is the better choice.

This is the recipe I based mine on. However, I didn’t follow it exactly. For example, I boiled my baking soda and water to make a bath and took some creative freedom with my flavors/toppings. 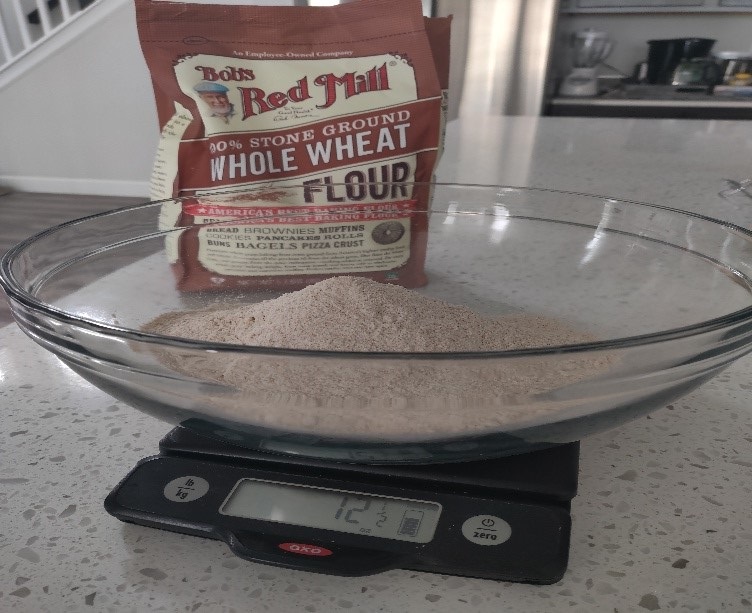 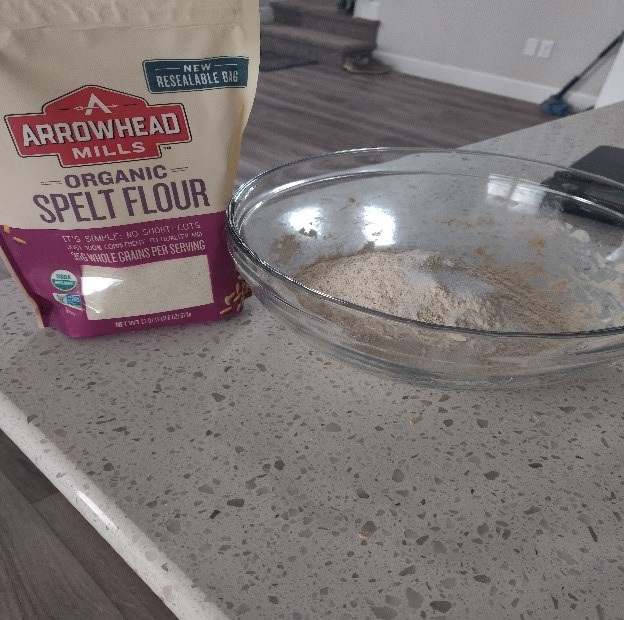 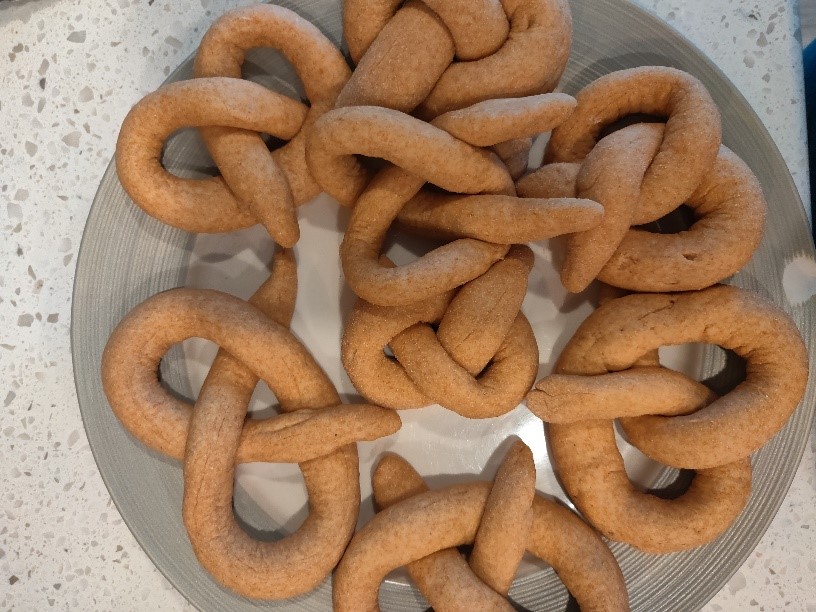 Fresh baked soft pretzels out of the oven!
The plate on the left are the spelt flour
curry spiced pretzels topped with garlic
infused olive oil and cilantro. The plate
on the right is made with 100% whole
wheat flour and topped with cinnamon
and sugar or plain salted.