I really enjoy making breakfast based sweets because they are a great gift that I can share with my family to start their day off with a smile. I decided to bake one of my sister and I’s favorite treats, cinnamon rolls. After a quick search on Pinterest, I found “Overnight Honey Wheat Cinnamon Rolls” by the Minimalist Baker. That evening I prepared the dough. After mixing all of the ingredients together, I added a splash of water to the dough because it was crumbly and not sticking together well. Then, I placed the dough into the fridge. I was particularly surprised how rapidly the roll dough rose after sitting in the fridge for only two hours; it nearly doubled in size during this time. 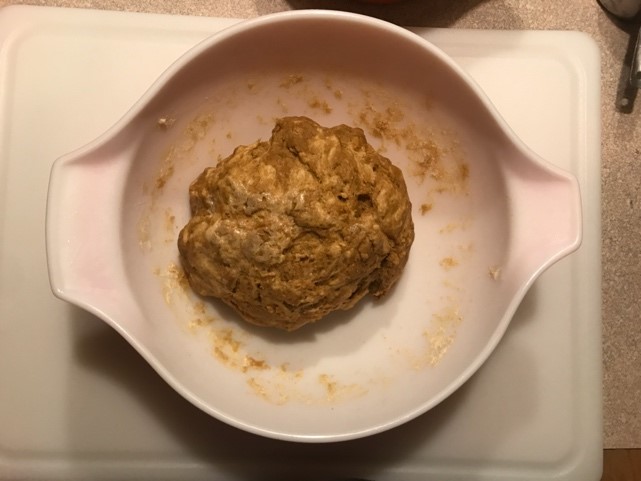 Image 1: The dough after rising in the fridge for 1.5 hours.

Rolling the dough and creating the rolls themselves was particularly fun because now my creation was becoming something recognizable. Before cutting the dough, the roll resembled something you would see in the pre-made cinnamon roll can. The recipe approximated that 16 rolls could be made from the given ingredients, but I was only able to cut 12 rolls from my dough. If I rolled it out more, I may have been able to cut more rolls, but the dough may have been thinner than I would have preferred. Once the rolls were all in the pan, I placed them back in the fridge to rise overnight. 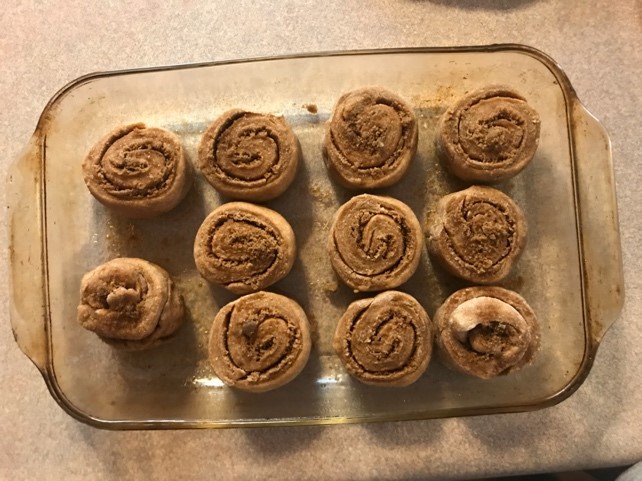 The dough did not seem to have risen significantly overnight, but after the rolls baked in the oven, they seemed to double in size, again! Glazing the rolls was definitely my favorite part; it made me nostalgic of my childhood. My mom used to have my sister and I help her glaze cinnamon rolls for special occasions or if we had snow days; we were always eager and excited to help my mom make such a delicious treat. Best of all, the cinnamon rolls tasted as delicious as they smelled! The rolls were more hearty and bulky than anything I had previously purchased at the grocery store, but they were also so much more flavorful. I really enjoyed the hints of honey  because it sweetened the dough without being overwhelming. It was a perfect homecoming treat to bring my sister when we picked her up from the airport, and I would definitely make them again the future.

Nutrition Per Serving (1 of 16 cinnamon rolls)